The Long Table Dinner in the Glasshouse is the best gig of the year here at Ballymaloe Cookery School. 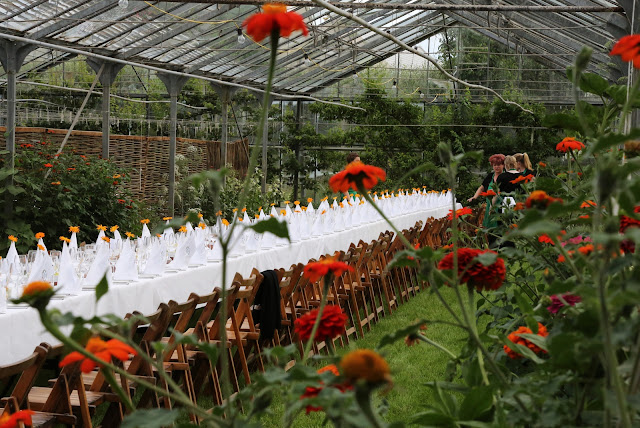 Since our first dinner in 2012, it's become an annual event, drawing food-lovers, artisan producers and chefs from all around the world. Held in the midst of the runner beans and heirloom tomato vines,
in our extensive greenhouses, my brother, chef Rory O'Connell and his ace team, dream up an inspired menu for over 100 guests. 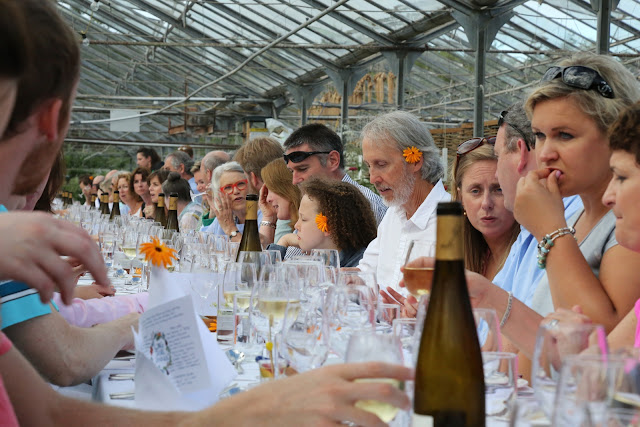 Each July one of the glasshouse bays is transformed with white table linen, sparkling wine glasses and pretty flowers. Guests are treated to a feast from the farm and gardens and local area, as they listen to music by 'The Gardeners' and connect with friends and fellow food lovers. 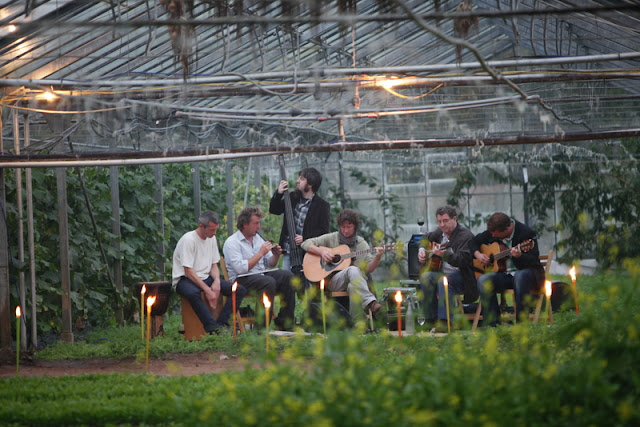 Colm McCan, Head Sommelier at Ballymaloe House, carefully selects a range of organic, biodynamic and natural wines to compliment Rory's menu and the al-fresco setting of the glasshouses. Colm's choices are always from the highest quality producers and never disappoint. 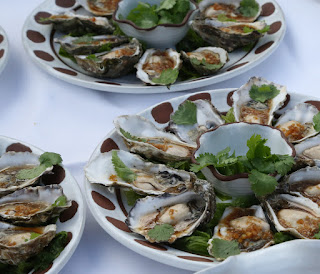 One of the chief purposes of this annual event is to give recognition and exposure to not only our own gardeners, but also the many Irish artisan food producers, suppliers and chefs who are striving to provide us with the finest quality organic food products. 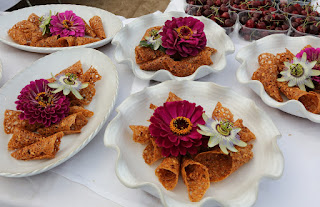 Ballymaloe Cookery School has long-established relationships with many of these producers in the Cork area and beyond, and we are delighted to welcome them to the Long Table Dinner each year.

This year's dinner is on Tuesday 28th July 2015. Tickets €120.00. A minimum of 5% of ticket value from the Long Table Dinner in the Glasshouse benefits the East Cork Slow Food Educational Project.

For more information and to book see here. 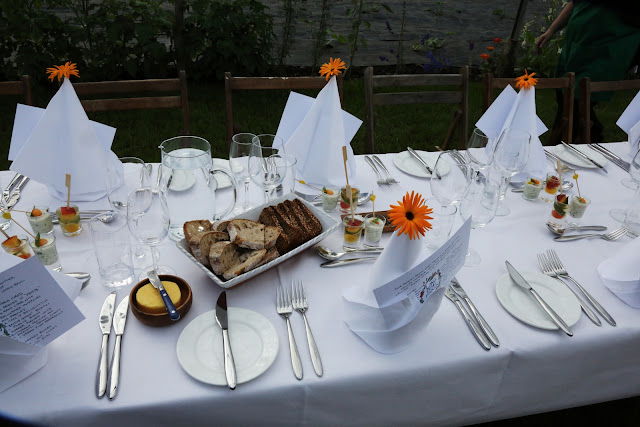 The Midleton Farmers Market, established on the June Bank Holiday weekend in 2000, has just celebrated its fifteen year anniversary. The market quickly grew and since then it has become the yardstick by which other Farmers Markets are measured. At a recent count, there were approximately 160 Farmers Markets in operation around Ireland, enabling local people to buy fresh local food in season from those who produce it, going some way towards realising my dream of a Farmers Market in every town in Ireland. 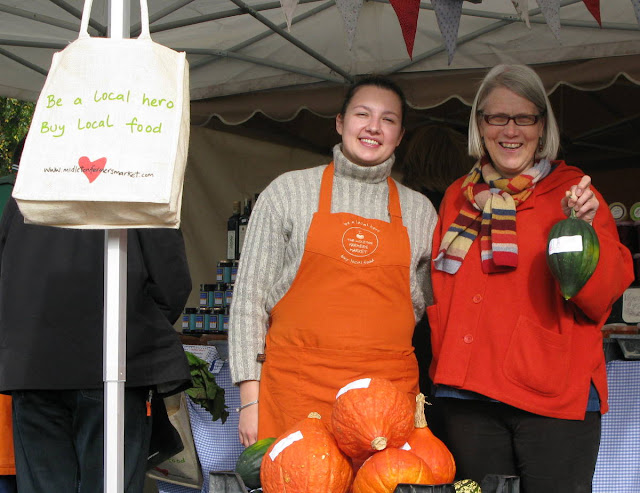 By the late 1990's the new Farmers Market movement was gaining momentum in the US. San Francisco was leading the way with a weekly market operating from a small parking lot in the city. The beautiful fresh produce of the area was available for the first time direct from the producer to the consumer. In essence this was the 'democratisation food'.


In Ireland at that time supermarkets had changed to a central distribution system, making it very difficult for small food producers to sell their food in local stores. John Potter Cogan, who initially approached me after the vegetable processing plant Frigoscandia closed in the late 90's , was a vitally important part of the initial impetus here in Midleton. He was a member of the Chamber of Commerce who with the Midleton Town Council had the vision to see that a Farmers Market (which by the way was quite a revolutionary initiative at that time and even considered by many to be a retrogressive step) would be a positive initiative for the town. It is now well proven that a successful Farmers Market in a town not only attracts food tourists (of which there are an ever-growing number) but also brings extra business and positive publicity which benefits everyone in the community. 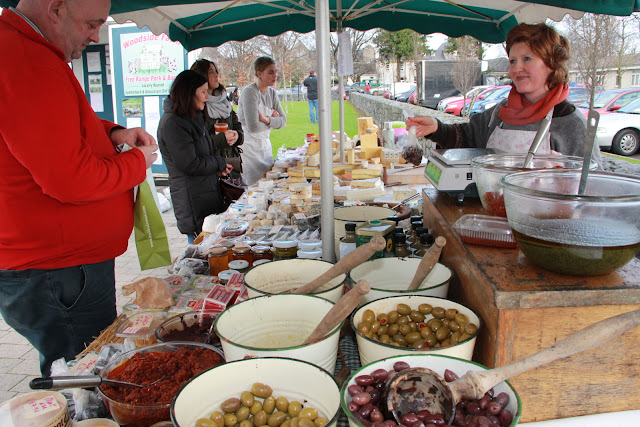 Stall numbers grew and Midleton Market quickly became oversubscribed with many farmers and food producers clamouring to be part of a business model that was clearly an excellent prototype. 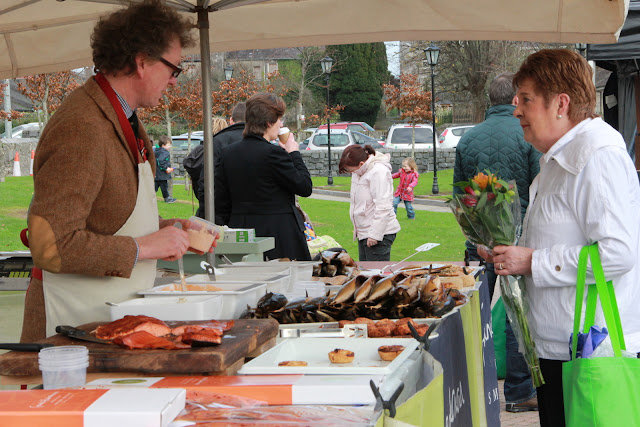 Several of the original 12 stallholders who started the market are still trading. Ted Murphy, a stalwart from the very first day was there, as was Frank Hederman artisan fish smoker from Belvelly near Cobh (pictured above). Willie Scannell whose floury Ballycotton potatoes are much loved by his ever-growing band of loyal customers. Fiona Burke’s stall with a beautiful selection of Irish farmhouse cheese and Jane Murphy’s Ardsallagh goat’s cheese are still part of the market. So too are David and Siobhan Barry’s seasonal vegetables with a much larger selection than on the first day. Toby Simmonds of The Olive Stall was also there at the outset and his stall still trades beside the market. 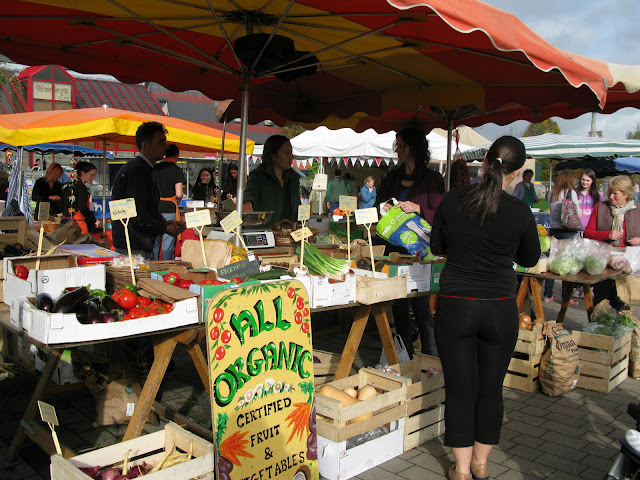 It has been an outlet not only for the many artisan producers of the area but also for the high profile food producers who have had stalls at Midleton Farmers Market including: Clodagh McKenna, Arun Kapil of Green Saffron, Declan Ryan of Arbutus Bread and Frank Hederman of Belvelly Smokehouse. The market has also been featured in many TV shows including the Ear to the Ground, Nationwide, Rick Stein's Ireland and Clodagh's Food Trails which has seen by viewers across the States and Australia as well as the UK and mainland Europe, helping to position Ireland, and indeed Cork, as a major food destination. 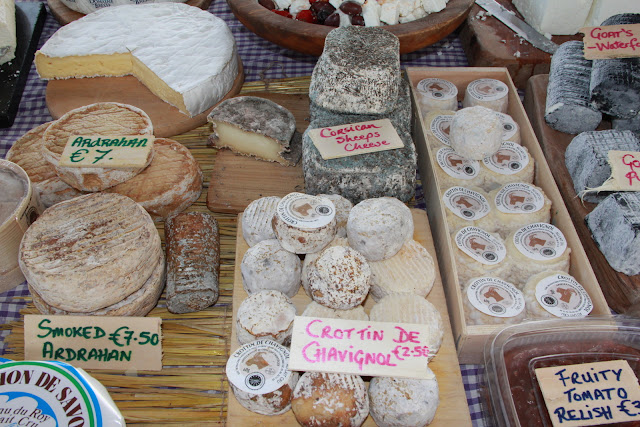 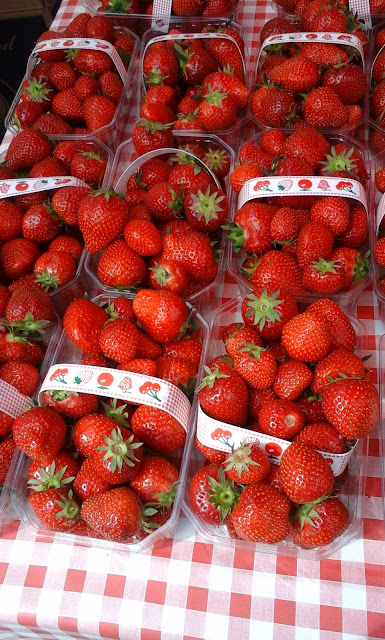 The Farmers Market provides a livelihood for many and an opportunity to buy local food from small production systems. At a time when a growing number of people realise that our food should and can be our medicine, the Market offers an alternative shopping experience for families who wish to engage directly with those who produce the food they buy to nourish their families.

On Tuesday June 6th 2000 the heading of an article by Joe Duggan in The Irish Examiner was: "Market Heralds a New Era in Direct Selling of Natural Produce.

I’m proud to have been a little part of that initiative. Congratulations to everyone at Midleton Farmers Market.

http://www.midletonfarmersmarket.com/
Posted by Darina at 11:22

We’re all still on a high from the Litfest. Apart from all the antics and stimulating talks, forums and panel discussions in the Grain Store and Big Shed, there was also a packed schedule at the Ballymaloe Cookery School with three and sometimes four events running simultaneously. We are overjoyed and beyond honored  to find ourselves on the Conde Nast Traveller list for The Best Festivals Around the World ! 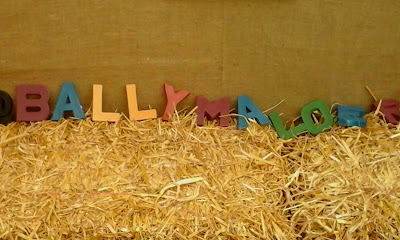 Having invited many more of my food heroes to Ballymaloe, I had exactly had the same frustrations this year as before... I simply couldn’t get to many of the concurrent events but did get fantastic feedback.

I want to take a moment to share some of my personal highlights. 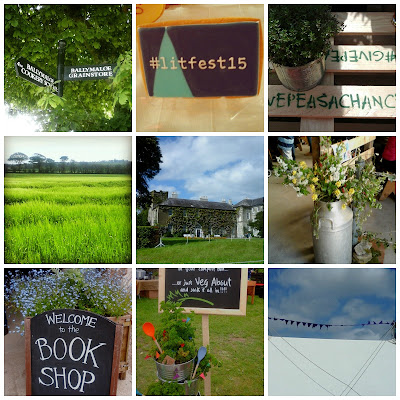 Allegra McEvedy has a cult following for her wholesome and gutsy food and her irreverent style further endears her to her fans. She gave a cookery demonstration of some of her best loved dishes.  The response to her delicious food was overwhelmingly delightful. 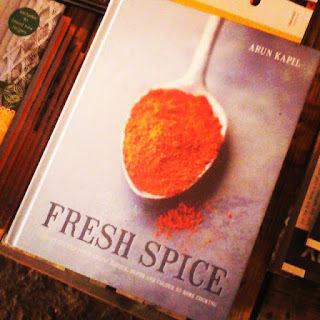 Arun Kapil told the fascinating story of Green Saffron and his book Fresh Spice in a packed Blue Dining room. A little while later multi award winning, Kevin Thornton spoke to a rapt audience about his travels in Ethiopia – the photographs in his book all styled and taken by Kevin himself showed another hugely creative side of this enormously talented chef.

Still staying with our Irish stars, Hugo Arnold and Leylie Hayes of Avoca gave a riveting three hour cookery demonstration of some of the iconic dishes that has made Avoca such a huge success. 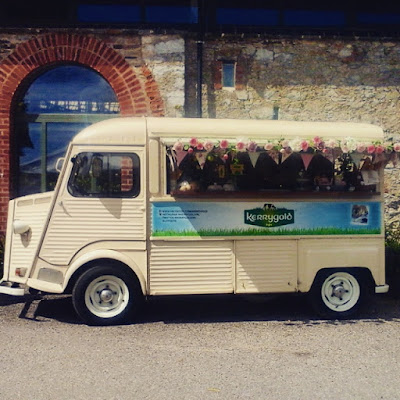 Later Jack Monroe, who shot to fame a number of years ago when she started a blog ‘A Girl called Jack’ on feeding herself and her son on £10 sterling a week. This was an interactive cookery demonstration where people could bring a child along free of charge.  Jack’s writing style is chatty and entertaining. Her food brilliantly creative and delicious, illustrates how well you can eat on a miniscule budget when one have the cooking skills to transform a few inexpensive ingredients into a yummy meal.

That's just a little taster of what was on this year. We hope you had a ball!

With massive thanks to all our sponsors for their support...Kerrygold, Neff, Sodexo, Failte Ireland, Irish Distillers Pernod Ricard, Ballymaloe Country relish, Bord Bia, Tourism Ireland and Cully and Sully.