The Joy of Food

The Joy of Food, Rory O’Connell’s excellent third book was published by Gill Books at the beginning of October. My signed copy arrived in the post, beautifully wrapped with a limited edition linen tea towel from Stable. That’s the gorgeous shop in Westbury Hall, off Dublin’s Grafton Street where I want to buy absolutely everything in the shop. The package also included several post cards of Rory’s line drawings that illustrate the pages of this enchanting book. All so beautifully chic and stylish. 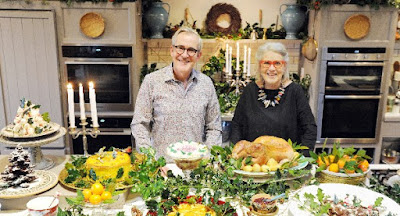 I know what you’re thinking – well, she would say that wouldn’t she? After all, Rory is Darina’s brother who co-founded the Ballymaloe Cookery School with her in 1983… True, but many of you who have been watching the accompanying series, The Joy of Food on RTE, will have realised that Rory is an exceptional talent…A curious chef with his own unique style, who not only loves to cook but also loves to share his knowledge, making him a much-loved teacher here at the Ballymaloe Cookery School in East Cork.
For me, as his older sister, it’s a trip down memory lane, an extra fascinating element. We were both brought up in the little village of Cullohill in the rural midlands of Co. Laois by a mother (our Dad died when I was 14) who loved to cook yummy meals for us every single day. Simple but truly delicious comforting food, vegetables and fruit and berries from the kitchen garden. Chickens and eggs from our own hens, milk from the Kerry cow, meat from the local butcher, wild food in season…This was our norm and was unquestionably where we learned to cook but also to appreciate the magic of food and its ability to enhance both our family life and the experience of friends and the students we share with.

The evocative introduction to the chapters in this new book gave me an even deeper insight into my brothers psyche, his passion for good food, and superb ingredients in season. Memories of family picnics, foraging expeditions up Cullohill ‘mountain’ to gather hazelnuts, the importance of laying a beautiful table and lighting a candle, even when dining alone. Read about the difference a little bunch of flowers makes, I also loved his homage to the pestle and mortar, his musings on the joy of owning a few hens and was intrigued to read how much Jane Grigson’s book Good Things meant to him because it’s my favourite too.

It’s packed with delicious sounding recipes, special tips and insight into how to use some less familiar ingredients e.g. sumac, perilla, shiso…
Posted by Darina at 12:32

Wondering how to get some of those pressies ticked off your list early without having to worry about the risk of another pre-Christmas lockdown.

Well how about a great cook book for the foodie or budding cooks and chefs in your life. I’ve recently got lots of new titles, which I am really enjoying, all very different. One of course is The Joy Of Food by my brother Rory O’Connell which I love but will write about later. 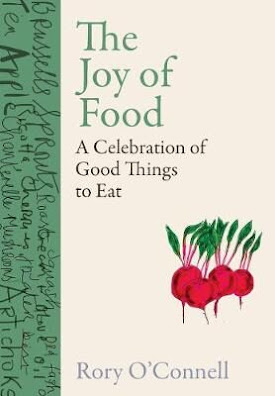 Meanwhile, let me mention some of the others that particularly appeal to me. One is Towpath by Lori de Mori, who has the most enchanting little café in four canal keeper’s stores along the banks of the Regent Canal in East London. Towpath is one of the secret hidden gems in the middle of London, one of the busiest and most sophisticated cities in the entire world. Lori, who trained at Rochelle Canteen and her partner Laura Jackson have a passion for seasonal food. 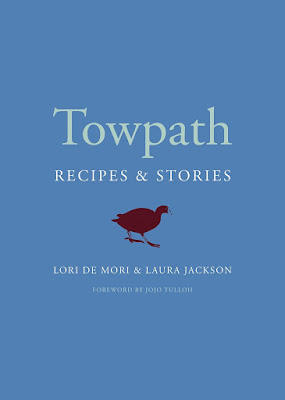 Towpath opens from Spring to late November. It has become a unique and beloved destination for so many. I totally include myself in the many who dream about whittling away a few hours at a table alongside the canal enjoying the delicious food while watching the swans glide past, the mallard chasing each other and the coots and waterhens skittering across the water. If I lived in London I would want to ramble along to Towpath every single day, no phone and no takeaway, such joy and now Lori and Laura her partner share their recipes and the stories. 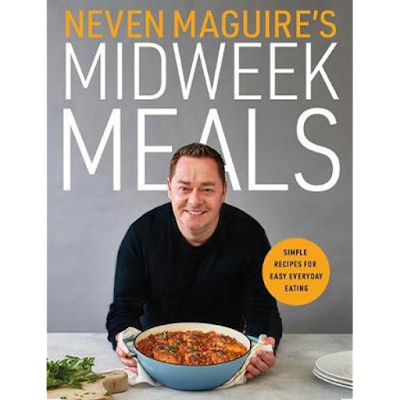 Next up, Neven Maguire’s Mid Week Meals. For many, Neven is Ireland’s most trusted and best loved chef. He writes a weekly column in the Irish Farmer’s Journal where he has a loyal and devoted following. His restaurant, Macnean’s in Blacklion is permanently booked out. Yet, he finds time to do regular cooking videos from his home kitchen to encourage people to cook nourishing food for family and friends during the pandemic. Exciting Midweek Meals to share around the kitchen table. 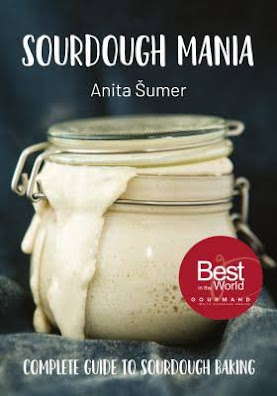 Another gem - Sourdough Mania is by passionate self-taught baker and teacher, Anita Šumer. Based in Slovenia she has become an international success and now has over 70,000 followers on Instagram @sourdough_mania.

Sourdough Mania gives us both simple-to-make and more ambitious recipes for more festive occasions. Every stage is fully illustrated with step by step photography on weighing, mixing, kneading, shaping, scoring and baking. Just what all the Covid-19 sourdough bread bakers are yearning for. 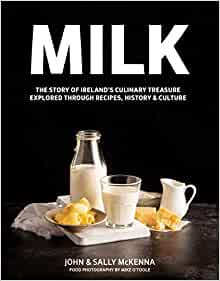 John and Sally McKenna’s latest book is entitled MILK and tells the story of Ireland’s dairy producers and the importance of pasture fed cows to the quality and reputation of our milk, butter, cream, yoghurt… ‘MILK’ also looks at the scientific understanding of the liquid and explores its unique cultural power and resonance in the history of Ireland. It features brand new recipes featuring fresh dairy products from the new generation of Irish chefs, Niamh Fox, Takashi Miyazaki, Ahmet Dedc, Darren Hogarty, Mark Moriarty, Caitlin Ruth, Lily Higgins and Clodagh McKenna.
Posted by Darina at 12:23

One of the most abused terms in the English language - the reality of “freshly squeezed” orange juice stretches from a tetra pack to a litre plastic container of juice that was squeezed days and sometimes weeks earlier. 'Freshly squeezed orange juice' or 'jus d’orange pressé' comes from an orange sliced in two across the “equator” and then juiced on a citrus juicer rather than one of those industrial machines that produce juice that tastes of pith and all the nasty chemicals on the skin. 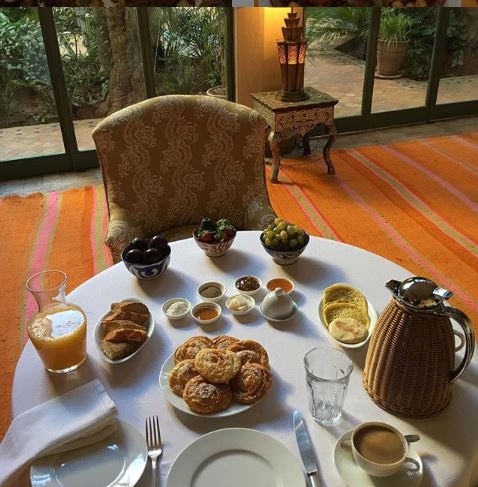 It’s so worth investing in a little electric juicer. They are relatively inexpensive, €30 or so and all the small electronics companies do one, Kenwood, Phillips, Krups….

If you have one, it should last for maybe ten years or more in a domestic situation. You will be much more likely to make some freshly squeezed orange juice to start the day, a real investment in your health.

I know I’m like a broken record but I was brought up with the clear understanding that our food should be our medicine and my mother firmly believed that if she didn’t put the money and effort into the food on the table she would inevitably give it to the doctor or chemist.

Winter is the citrus fruit season with an abundance of citrus fruit now in the shops. All the usual plus, satsumas, mandarins, clementine’s, tangerines, tangellos, ugli fruit, kumquats and now the marmalade oranges have just arrived from Seville and Malaga, so we can have fun experimenting while they are in season for the next few weeks.

If your life is too hectic to make marmalade at present throw them into the freezer in 4 ½lb lots and make whole orange marmalade later on. An electric juicer will make the whole process infinitely easier. 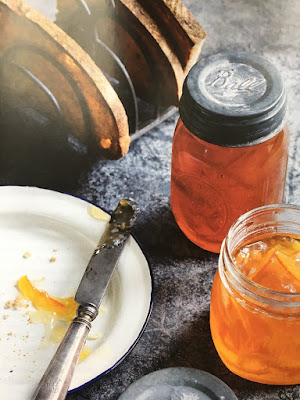 A couple of crucial tips for you...

1) Make sure that the citrus peel is really soft before the sugar is added, otherwise the peel will be tough and chewy – doesn’t matter how long you cook it for.

2) Cover the saucepan while the peel is cooking, then remove the lid and cook until the liquid is reduced to between 1/3 and ½ the original volume before adding sugar.

4) To test for a set, put a small spoonful marmalade onto a chilled plate, pop into the fridge for a couple of minutes. Then push with your finger and if the marmalade wrinkles even a little then it is guaranteed to set.

5) Allow the marmalade to stand in the saucepan for ten to twelve minutes before potting into warm sterilised jars, this will ensure that the peel settles and doesn’t rise to the top.

6) Cover immediately, store in a cool dark place – admire your handiwork and enjoy! 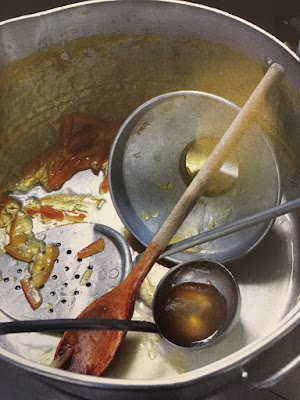 I’ve been greatly enjoying Marmalade – A Bittersweet Cookbook published by Saltyard Books, great marmalade recipes and beautifully written with tons of suggestions for delicious ways to use your new seasons marmalade.

My favourite film over Christmas was Paddington Bear, Michael Bond who wrote the original books shared his tips for the perfect marmalade sandwich with Marmalade author, Sarah Randal – how charming is that!