When I did my Simply Delicious TV series in the 1980s and '90s,  I used to get regular letters berating me for using butter and cream in my recipes. Had I no sense of responsibility? Didn't I realise that saturated fats were bad for us? Why wasn't I recommending low-fat alternatives?

You can imagine my reply!

I simply could not believe that butter, a totally natural product, made from the milk of grass-fed cows, could be less healthy than an artificial product made up of ten or more ingredients, some of them produced in a lab rather than originating in nature.

I was regularly referred to as the Butter Queen of Ireland, and once overheared someone say: "There's that Darina Allen 'wan' - she's a hoor for the butter!"

Despite the barrage of abuse I got, I never faltered. And surprise, surprise, it now appears, all those years later, that my gut feeling was right.

It's interesting how the tide has turned...

In October last year, Dr Aseem Malhotra, an eminent cardiologist at Croydon University Hospital, argued, in a widely reported piece in the British Medical Journal, that it was time to bust the myth of the role of saturated fat in heart disease.

From his analysis of independent research he concluded that there is no argument to back up the theory that saturated fats from non-processed foods are detrimental to our health. He maintains that saturated fats have been ‘demonised’ ever since a landmark study in the 1970’s concluded that there was a correlation between the incidence of coronary heart disease and total cholesterol. An entire food industry has evolved and profited from this low fat mantra for almost four decades. For more on this see my November 16th article in the Irish Examiner.

These findings caused quite a sensation. And it wasn't just Dr Malhotra and his colleagues who have come to this conclusion. A recent study from Cambridge University and the Harvard School of Public Health published in the Annals of Internal Medicine reported that they found no link, repeat, no link between consumption of saturated fats and heart attacks or other cardiovascular problems. The 22-year-long Harvard University study of 80,000 female nurses, has confirmed Malhotra's findings: the total amount of fat in the diet, whether high or low, isn't really linked with disease. What really matters is the type of fat in the diet. In the US a recent University of California, Los Angeles study indicated that 75% of acute heart patients do not have ‘high cholesterol’. 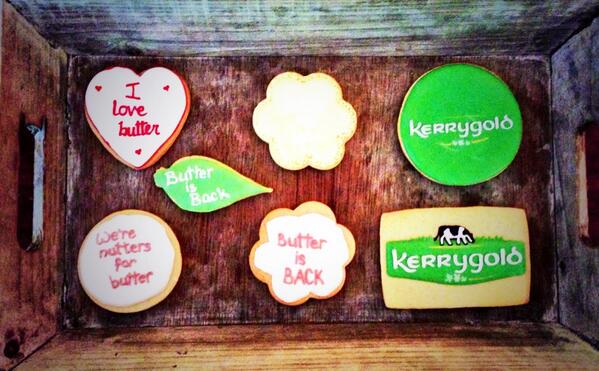 I have spoken to many doctors, dieticians and heath professionals who are presently in a state of confusion, having been preaching the benefits of a low fat diet for years, they are now not sure what advice they should be giving.

So it’s clear that it's time to rethink the received wisdom on what "good" and "bad" fats are - which is exactly what two of the most respected writers and broadcasters on food issues: Joanna Blythman and Ella McSweeney, will be doing in conversation with John McKenna at this year's Kerrygold LitFest. The Good/ Bad Fats: The Big Debate 6.30-8pm on Saturday 17th in the Grainstore, Ballymaloe House

I simply can't wait. This promises to be one of the most interesting, important and ground-breaking sessions at LitFest this year. If you're interested in health for professional or personal reasons this is not to be missed. 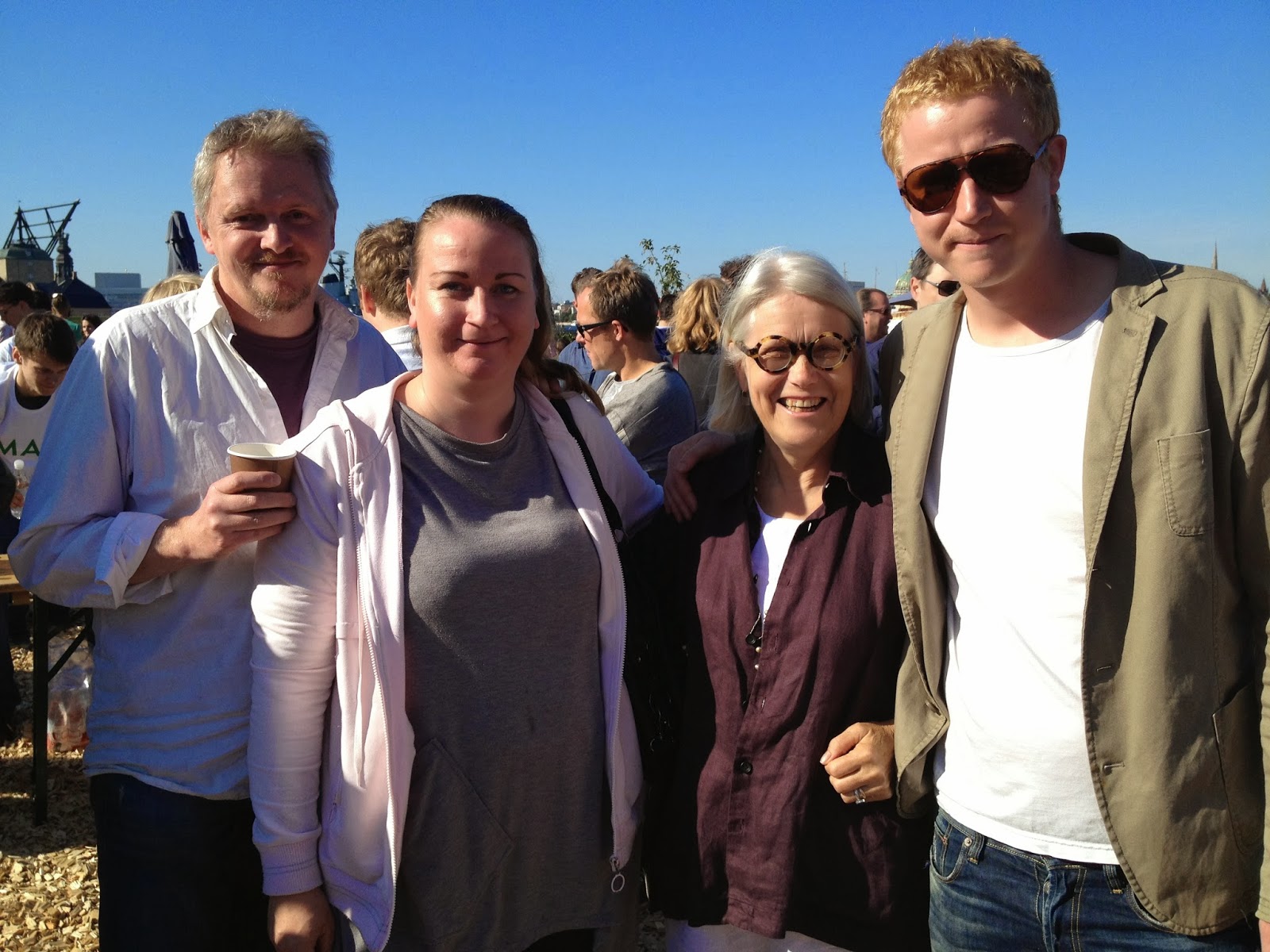 We're also absolutely delighted  to be joined by The Butter Vikings, an inspirational couple from Sweden, who are the chosen suppliers of  handmade "virgin" butter for Rene Redzepi's legendary Noma restaurant. I met the Butter Vikings and Rene at the MAD Food symposium in Copenhagen and invited them to take part in LitFest - the response of both was an enthusiastic "yes please!"

And whilst we're on the subject of butter, the other great news is that Kerrygold have agreed to become our festival sponsors- how about that for a marriage made in heaven? 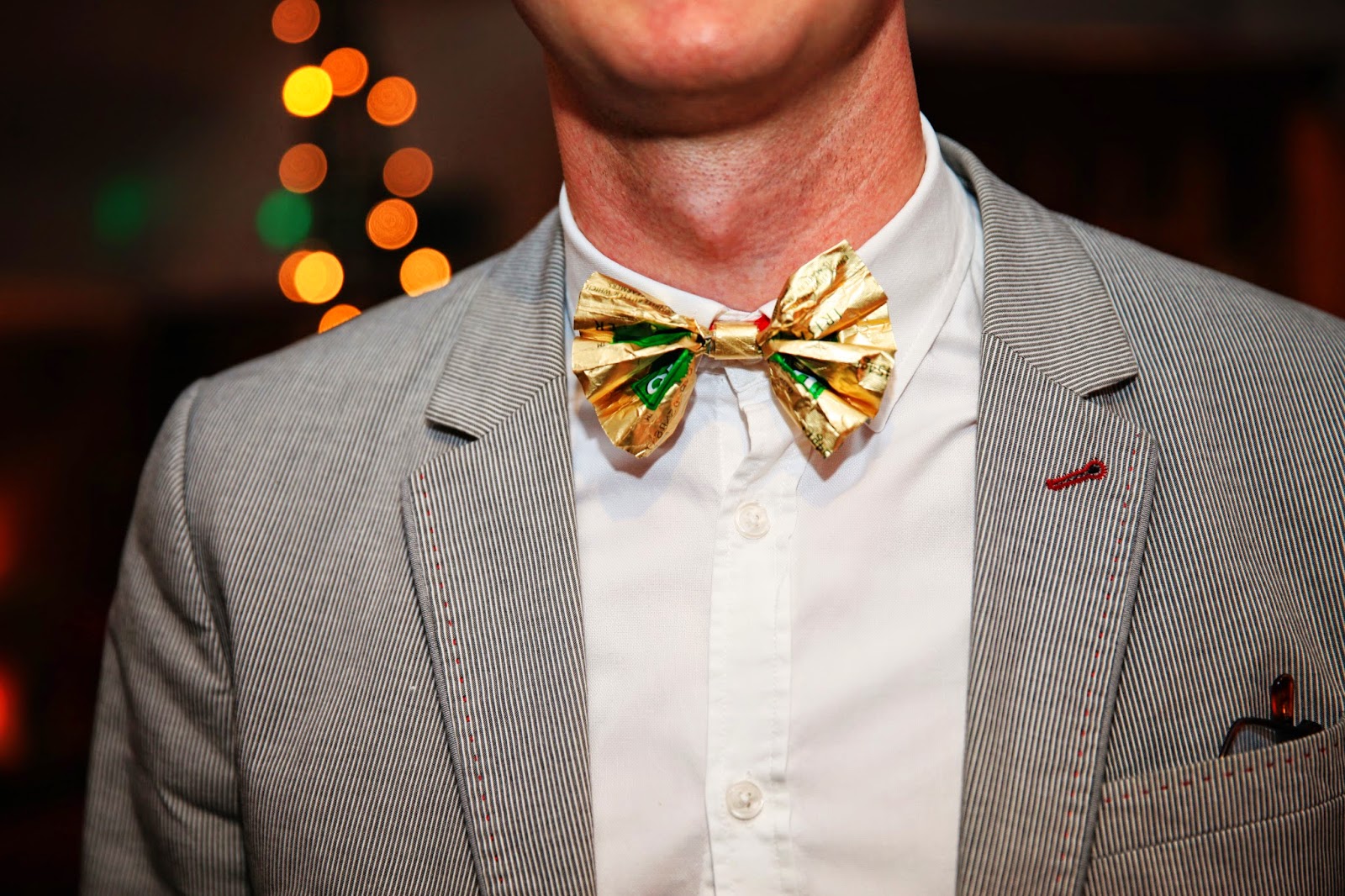 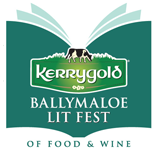 My Food Heroes Come to the Kerrygold LitFest

One of the most exciting parts of the Kerrygold LitFest is getting to bring absolute food heroes of mine here to Ballymaloe. Some are less well-known to many here in Ireland, but who are living legends in their fields, so I want to take a little time to properly introduce them to you. 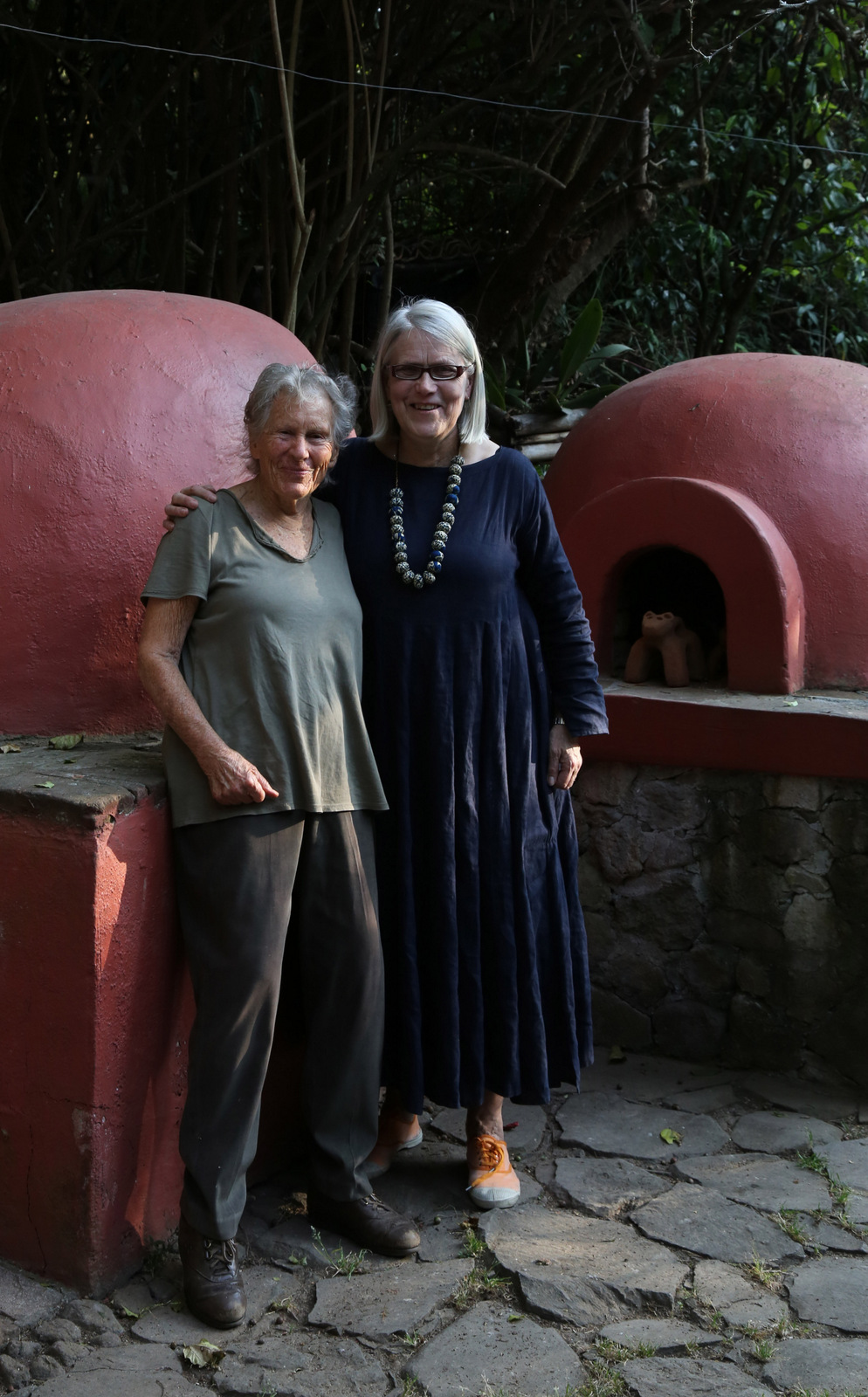 This is a once in a life time opportunity to see Diana Kennedy (do read all about my visit to her in Mexico last year), who is, I'm sure she won't mind me telling you 90 this year. Diana is one of the most iconic food writers in the world, branded the Julia Child of Mexican cooking, having written the standard works on Mexican food and has been decorated for her services by the Mexican government. She's electric, she has such a presence and a wealth of knowledge to share. She doesn't do cookery demonstrations any more, so we were very fortunate to persuade her to come all the way over from Mexico to join us. Don't miss her, rush to the website and book now.

STOP PRESS - news just in, Diana has just won the James Beard Life Time Achievement Award! We are soooo delighted for her! 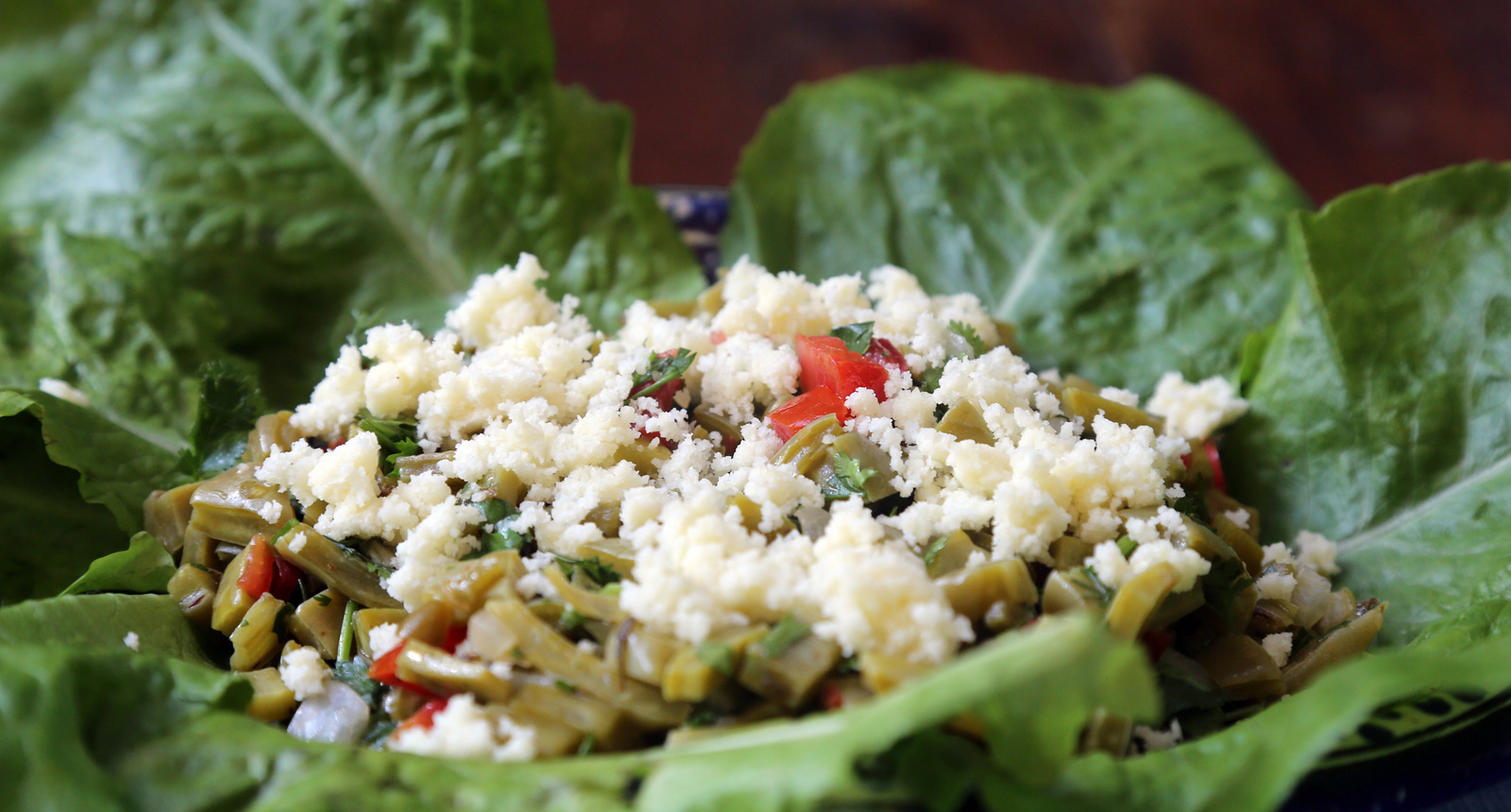 Maggie Beer is a well-known Australian chef, she has written nine books, has her own TV series as well as making appearances on the Australian Masterchef. She is the incredible woman behind the verjuice revival and has established in Australia a similar thing to what we have here at Ballymaloe: she's all about simplicity and great produce. Don't miss her. She will be involved directly in two events at Litfest: as Guest Chef for Saturday lunch in Ballymaloe House (now sold out) and doing a Cookery Demonstration on Sunday at the Ballymaloe Cookery School for which there are still a few places left.

We all know that Middle Eastern cuisine is hot right now, due to the Ottolenghi effect (his demo and pop up dinner are completely sold out, but there is still room in the Grain Store to hear him speak, along with Sami Tamimi and Ariana Bundy).

Whilst you'll all no doubt be familiar with the names of the Ottolenghi boys, you might not know Ariana, author of the simply beautiful book Pomegranates and Roses, who I especially invited to give us a taste of exquisite Persian food. She will be doing a fragrant Cookery Demonstration alongside our own Rory O'Connell on Saturday afternoon at the Cookery School. 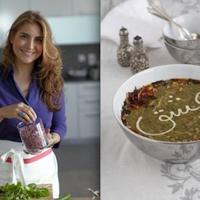 This is only a tantalising taste of the multitude of demonstrations, workshops, talks, meals and readings that we have planned for the weekend of the Kerrygold Ballymaloe LitFest of Food and Wine, we look forward to seeing you on the weekend of the 16th of May.

There's never been a better time for those who want to write. You can just tap away on your keyboard or iPhone, and publish it immediately - on a blog, on Facebook, or email it to an editor. Anyone anywhere can write about what they're passionate about.

And it's so great that a lot of people have got that message - there really is some incredible stuff out there... but there's  also a lot that "needs more work".

LitFest is a haven for writers, wannabe writers, bloggers, journalists, food photographers. We celebrate food, books and words. Here's just a taste of what we have in store:

Ballymaloe Cookery School is well known for its 12 Week Certificate Course - but we also run dozens of shorter courses throughout the year where you can learn a new skill and soak up inspiration.

I'm aware that many of you will be coming down to East Cork for the Kerrygold Ballymaloe LitFest of Food and Wine, and might be interested in extending your stay for a few more days to take a short course with us.

Coming up over the next couple of weeks you can:

Things are hotting up here! The ace LitFest team have been working flat out for months now, drawing up the programme, planning one exciting event after the other. The excitement is reaching fever pitch at this stage.

Last night we had the official launch up in Dublin - the whole team headed up on the train... 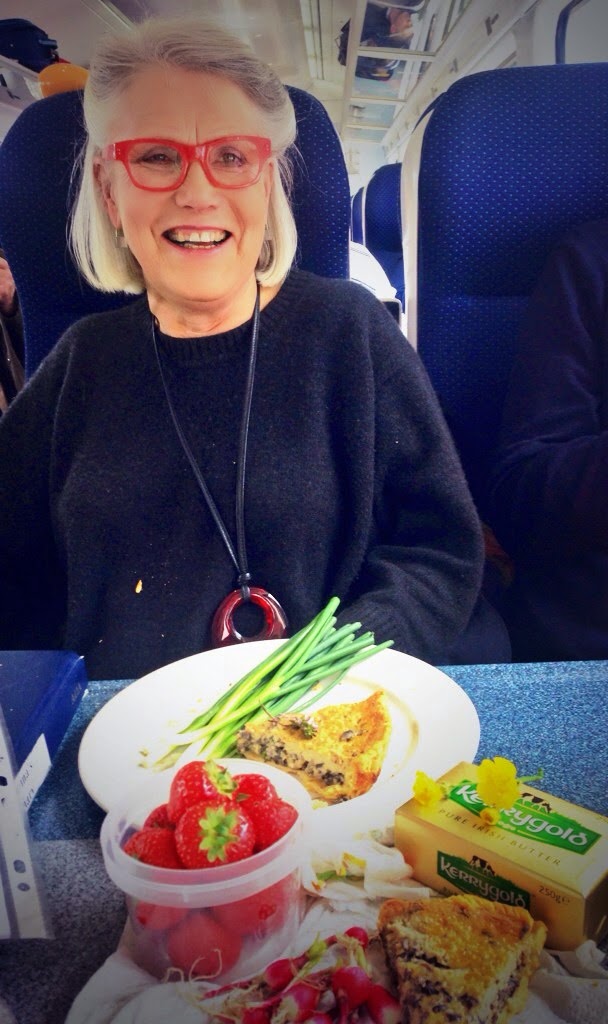 Never go anywhere without a picnic and a cushion darling!

Now we're officially launched... we're counting down the days before the influx of speakers and guests arrive. There's a real buzz about the place already.

As before, the event will be held at Ballymaloe: the Cookery School in Shanagarry, the Grain Store at Ballymaloe House, and the new Drinks Theatre at Ballymaloe House. Dozens of food and drink heroes will be flying in from all over the world, to join our home grown legends in a celebration of food, drink and words. It was a a great boost to get a shout out in the Observer last week as one of their Top 50 Food Events of the summer. And I'm looking forward to sharing more about a few of the events over the next couple of weeks, so stay tuned!

We're absolutely thrilled that Kerrygold have joined us as festival sponsors this year. For us it's a completely sympathique partnership with a company that has always been known for its quality... that spreads a taste of Ireland all over the world.

We were so excited with our line up last year, and it was quite a challenge to match... and top it... this year. Judging from the reaction it seems we have done it again in spades. My brother Rory keeps joking about my little black gastro-book!

We were so delighted by the reaction to so many of our food heroes who responded so positively to our invitation. Without exception they had heard of last year's event. Word seemed to have spread like wildfire through the global food community. And those who have already committed were begging to come back again next year. I'm not going to share names now, but we are VERY excited!