The Most Important Day of the Year

World Soil Day falls on December the 6th this year.  For me it’s the most important day of the year – perhaps that sounds as if I’ve gone slightly dotty but it’s really good to remind ourselves that we are all totally dependent on the four or five inches of topsoil around the world for our very existence. Our health and over 90% of our food comes from the soil.  If we don’t have rich fertile soil we won’t have clean water or good food – think about it…!  Soil also plays a vital role in regulating the climate and supporting animal and plant biodiversity. 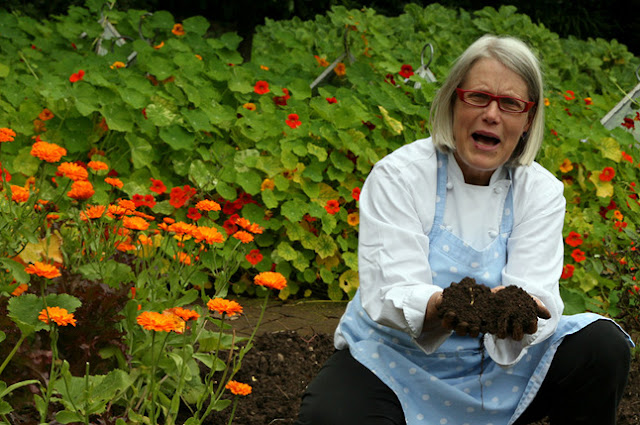 In the words of Lady Eve Balfour: “The health of soil, plant, animal and man is one and indivisible” and the ominous warning from Franklin D Roosevelt – 32nd President of USA that “The nation that destroys its soil, destroys itself” - how prophetic was that!

Here in Ireland, we have little reason to be complacent - only 10% of Irish soil is at optimum fertility.  According the Teagasc that means 90% of Irish soil is mineral deficient mainly as a consequence of overuse of artificial nitrogen, synthetic fertilisers, pesticides and herbicides which damage the soil and the earthworm population.

Soils are a limited natural resource; their formation occurs at an extremely slow pace.   At the very least, it takes 100 years to build an inch of topsoil but can in fact take 500 years or more.  Most current food production methods do not nurture the soil, instead they exploit it.  There is a growing realisation among the farming community that we can no longer continue with ‘business as usual’ for a myriad of reasons not least the diminishing nutrient content of our food.  The move by many farmers to regenerative farming as a means of improving soils, increasing biodiversity and mitigating climate change is to be welcomed. I’m intrigued by the soil.  Soil scientists confirm that there are more microbes, enzymes, protozoa and nematodes in a teaspoon of healthy soil than people on earth but there is so much, still to understand.  If I ‘come back again’, I want to be a soil scientist…

As organic farmers, we are passionate about the soil.  We continue to build fertility by adding well-rotted farmyard manure, compost, humus, seaweed and even seashells.  Regular soil testing monitors progress.  We eagerly await the introduction of a spectrometer that can measure the nutrient density of food so farmers who produce more nutrient dense food can be paid properly for the extra nourishment their food provides.  That could surely be a game-changer.  It’s not difficult to calculate that someone along the food chain is losing out when a bunch of carrots which takes at least four months to grow from seed are sold for 46 cent.  Despite economies of scale, if this continues there will be no Irish vegetable growers within a few years – they simply cannot any longer continue to produce vegetables below an economic level.  In the words of one farmer ‘we would probably be paid more for stacking shelves in the supermarket’.  This can’t go on – check out the brilliant French initiative C’est qui le Patron (@cestquilepatron_ on Instagram) where the consumer gets the option to pay more having being told the story behind the production of that litre of milk, loaf of bread, carton of eggs… Delicious, nutrient dense, wholesome food that helps to build a strong immune system and boosts our antibodies comes from rich fertile soil not from labs and test kitchens.