A couple of weeks ago the Summer 12 week Certificate Course students had a special treat, when Merlin Lebron Johnston from Portland Restaurant in London came as guest chef to The Ballymaloe Cookery School. This gentle young man is the youngest Michelin-starred chef in the UK. His back story is intriguing. Merlin had a distinctly, rocky relationship with school, eventually he was fortunate to be sent to Ashbourne, a progressive school in Devon, where the students in conjunction with the teachers made the decision that going to lessons was not compulsory on the assumption that if they did turn up to class, they would be interested and give it their all. This worked brilliantly for 95% of the students, but Merlin was not interested in any class so he hung around for a bit…The secretary, a lady called Joanna doubled up as a cook and produced school dinner every day. 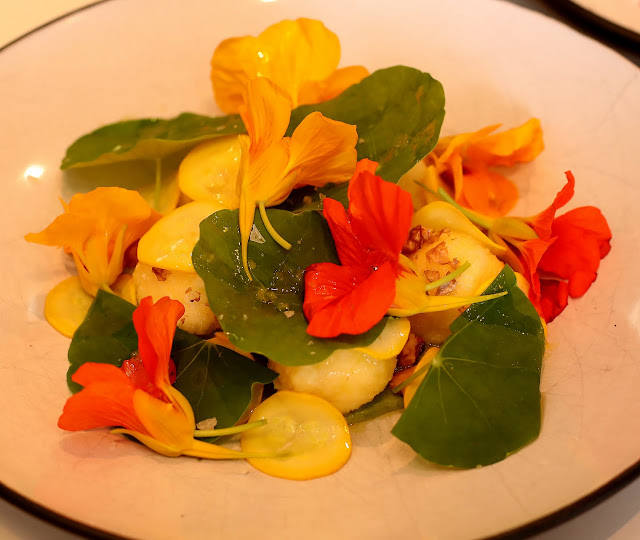 Three courses - vegetarian, organic and delicious. The students could either have packed lunches or school dinners but the latter was expensive so Merlin would plead with Joanna to give him some food, “She made rice pudding and crumbles, crème brûlée, great salads, pasta. I would beg her for some. We made a deal. If you want to cook you need to wash up, fine with me and seeing how I wasn’t that busy. I started helping her cook and after a bit she got busier and eventually I started to cook for my school at 15….” When exam time came the teachers said, “Well you seem to love cooking, we think you should be a chef”, so Merlin left and got a job. “Once I found cooking I became pretty obsessed and became totally focused on working in the best restaurants”.


For the next five years Merlin worked in top restaurants in the UK, Switzerland, France and Belgium, both classic and experimental, including In De Wulf in Belgium where there was a big focus on foraging and fermentation. At 23 he became sous chef there.

Meanwhile in London, Will Lander and Will Morganstern were looking out for a head chef for a new restaurant they planned to open in Great Portland Street, so at 24 he became head chef at Portland and was awarded a Michelin Star within 9 months of opening, the youngest chef in England to be awarded that accolade.