Food and Hope for Ukraine

Not sure about you but I can scarcely enjoy a meal without feeling guilty at present. I feel so fortunate and thank the good Lord to be able to wake up in the morning in my warm bed secure in the thought that it is unlikely that our house will be bombed before nightfall - I can’t get the images out of my head…. Cold and hungry people trudging towards the border with the few possessions they can carry in sub-zero temperatures clutching a shivering cat or a terrified child. 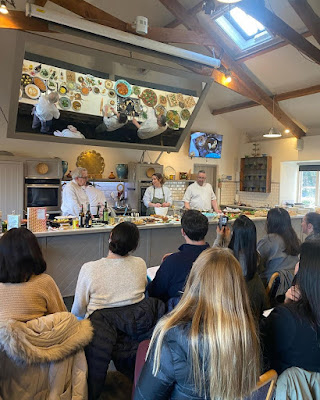 No doubt, like you too, we were desperate to do something to help in some way so Rory, Rachel and I did an online cookery demonstration and raised over €13,000 for the Irish Red Cross Ukraine Appeal. One of our students, Grainne O’Higgins baked brownies, invited people to help themselves and perhaps donate – her little project raised €128.00. Tessa Lomas who has spent many years on the south coast of Sri Lanka showed her fellow students how to make Sri Lankan roti filled with curried mince or cheese and tomato as well as tasty hoppers and several sambals. They were all super delicious and once again raised just over €200 for the Irish Red Cross. 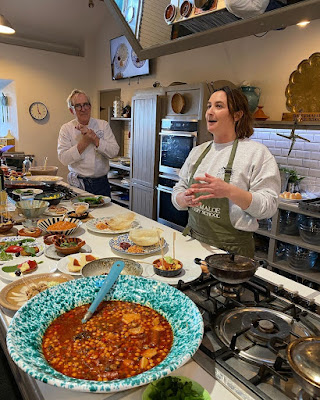 Let’s all ask ourselves what we can do. Every little helps, companies all over the country are donating food. Ballymaloe Relish has sent a palette of pasta sauce to Ukraine. The Sheridan brothers have mobilised the cheesemakers and cheese factories who have generously donated tons of cheese, Flahavan’s porridge oats and a palette of Barry’s tea is also winging its way to the Ukraine. Many of us didn’t even know where Ukraine was until a few weeks ago, now we know the names of all its major cities, the colour of its flag and the sound of its national anthem…get the kids involved as well – they’ll come up with lots of ideas.

We have learned so much about the food of Ukraine, thanks to Olia Hercules, the beautiful, young Ukrainian cook living in London whose parents and brother are trapped in Kyiv at present. For the cookery demonstration, Rachel cooked Ukrainian ‘Angel Wings’ with Black Cardamom and homemade dulce de leche (called Anna’s Sweet Milk). 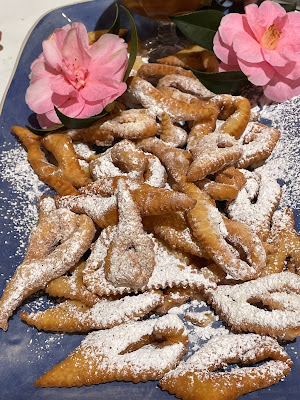 Rory cooked Spatchcock Chicken with Blackberry and Grape Sauce served with Olia’s Roast Beetroot and Plums with Radicchio and Soft Herbs. Both Rory and Rachel’s recipes were inspired by Olia’s cookbooks ‘Mamushka’ and ‘Kaukasis The Cookbook’ published by Mitchell Beazley. I myself cooked Chicken Kyiv and Pancakes with Ricotta and Dill, both delicious. Chicken Kyiv is definitely having its moment once again. Most of us hadn’t had it for years and had forgotten how delicious it was.