We’re in full swing at the Ballymaloe Cookery School. Students from 12 different countries are settling into life in the midst of a working organic farm close to the sea in East Cork. They’ll be with us for three months. 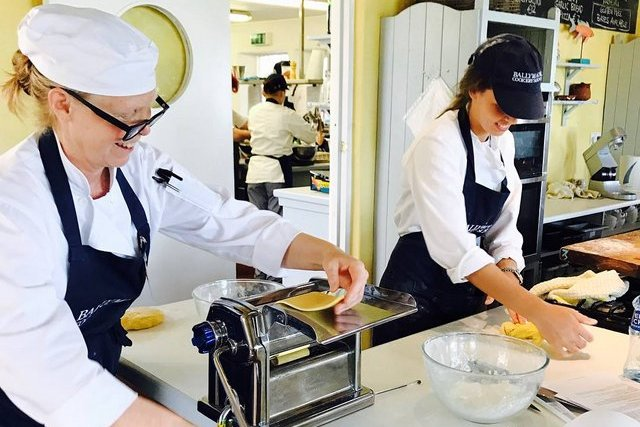 They’ve just discovered the long sandy strand at Ballynamona, a few brave ones are joining Rachel Allen for early morning swims - BRRRRH! - but they assure us it's super exhilarating. Others get up early to be in the ‘Bread Shed’ by six o' clock to discover the magic of making totally natural sourdough bread, a few others link up with the gardeners at 7:30 to harvest the fresh herbs, veg and salad leaves for the mornings cooking. 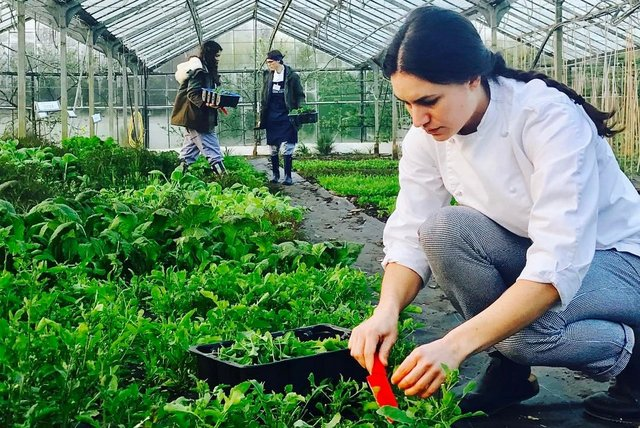 Already we have a few keen foragers, just met a couple of those making their way to the stone boundary wall to pick the fleshy leaves of pennywort to use as a garnish for their starter. They’ve already picked some winter cress, a few dandelion leaves and some chickweed to add to the big bowl of green salad.

Another couple of eager students have met up with David Cullinane to bring the small herd of Jersey cows in to be milked. Afterwards they’ll separate the thick rich cream from the milk. Some will be served with the lunchtime pudding, its Chocolate and Hazelnut Tart today and they’ll learn how to churn the remainder into homemade butter before coming into the kitchens at 9 o' clock. Others will be feeding the hens and collecting the eggs for the day's cooking ahead. 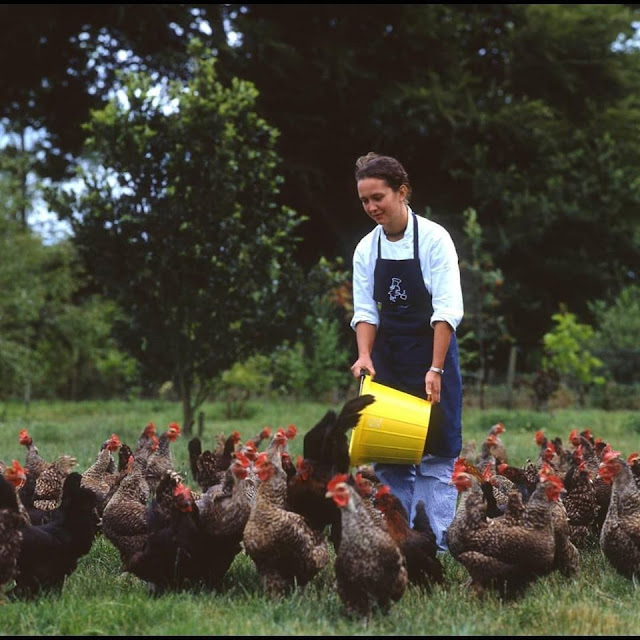 Just a couple of weeks ago, several of these students had never been ‘up close and personal’ with a cow in their entire lives. They might have had a vague idea that butter came from cream but no idea how the transformation occurred. They are all super excited to learn these almost ‘forgotten skills’.
Several others have gone to Penny in the Bubble Shed to learn the secret of the water kefir, that wine correspondent John Wilson told his Irish Times readers was “the best I’ve tasted” and its available on a daily basis from The Ballymaloe Cookery School Shop, just outside the village of Shanagarry. 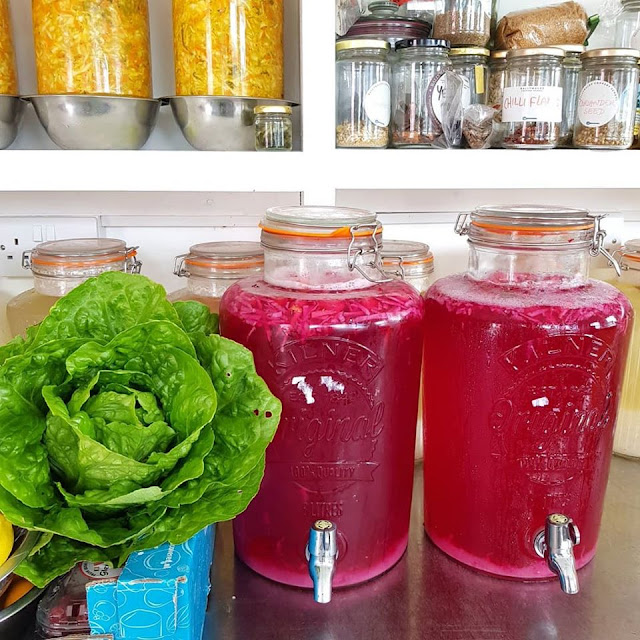 Even though the weather is still wintery we’ve got lots of seasonal vegetable and fresh herbs.

Already, the fresh green spears of chives are peeping above ground and of course there’s lots of rosemary, sage, thyme and bay, the gutsy perennials that keep on going year round and are particularly good with comforting winter stews and gratins.

We’ve got an abundance of winter vegetables, still some Brussels sprouts, lots of leeks and of course all the root vegetables, carrots, parsnips, celeriac, gorgeous white turnips, swedes and of course Jerusalem artichokes, the most exciting and nutritious veg of them all.
Posted by Darina at 10:56